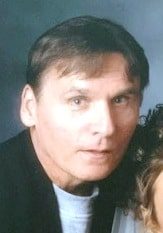 William “Bill” Land, a retired police officer for the city of Kentwood passed away on Saturday, October 23, 2021, at 75 years young. He was born February 20, 1946, in Grand Rapids, Michigan, to the late Robert and Laura (Holmes) Land.  Bill was an Army veteran who served his Country with honor during the Vietnam War as a member of the 1st Infantry Division in 1967-1968.

Bill drove Sportsman model race cars at Berlin Raceway in Marne, MI for nearly 2 decades exhibiting his pride in being a police officer with a paint scheme of a police car and his FOP Lodge number as his car number “173.”  Unfortunately, Bill was injured during a race in 1999, ending his racing career.

He was a man of Faith who had a close relationship with Jesus Christ His Savior who he can now be with.  Bill was a member of the Grand Rapids Barbershop Chorus for several years, also partnering up with other members of the chorus to form multiple recognized quartets, competing nationally.

To send a message of sympathy to the family, sign Dave’s online guest book, or to share a favorite memory, please visit: www.MichiganCremation.com