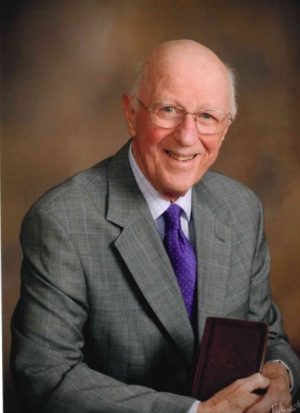 Rev. Robert “Bob” Wopke DeVries, age 93, of Cedar Springs, Michigan, recently of Middlebury, Vermont passed away peacefully at his home and entered his heavenly home on Wednesday, December 29, 2021. He was born August 2, 1928, in Groningen, Netherlands, to the late John and Getruida (Smid) DeVries.

Bob was preceded in death by his beloved wife of 54 years, Eleanor Jean (Dangler) DeVries. It was Bob’s sincere belief that God gave him Jean, his children, grandchildren, great-grandchildren, along with many dear friends from the churches he pastored for over 60 years.

To send a message of sympathy to the family, sign Bob’s online guest book, or to share a favorite memory, please visit: www.MichiganCremation.com