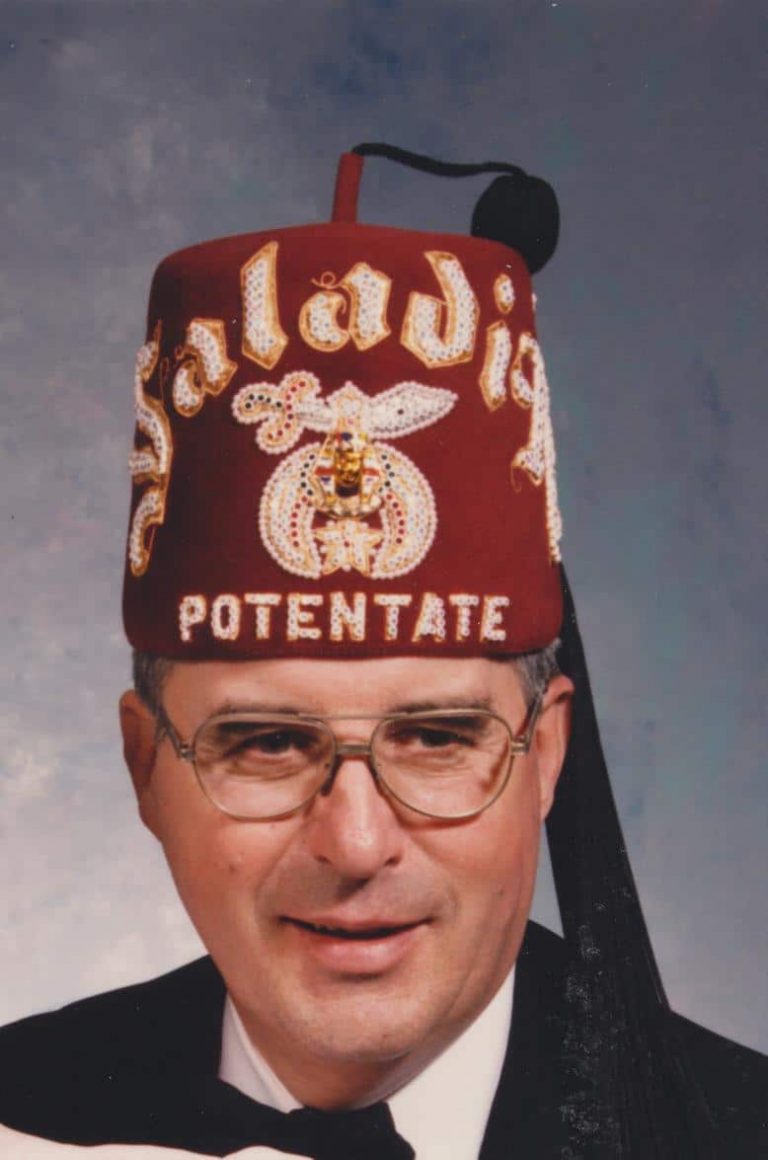 Richard T. “Dick” Higgins, age 86, of Comstock Park, formerly of Ada, passed away Tuesday morning, January 14, 2020 at Heartwood Lodge in Spring Lake.  The son of Francis Harold & Dorothy (Strimpfel) Higgins, he was born on November 28, 1933 in Cleveland, Ohio and was a proud veteran of the Korean War era, serving with the United States Navy, and later in the Naval Reserves.  He attained the rank of Petty Officer First Class and was awarded the National Defense Service Medal, Korean Service Medal, United Nations Service Medal, and the China Service Medal.

Dick retired as a salesman from the former Barclay Ayers & Bertsch Company.  He was raised a Master Mason at York Lodge No. 410 F&AM, was a current member of Rockford Lodge No. 236 F&AM, as well as the Valley of Grand Rapids Ancient Accepted Scottish Rite,  Furniture City Masonic High Twelve Club No. 236, and the Saladin Shriners.  With the Shriners he served as Potentate in 1992 in addition to several years as Recorder and was a member of a number of Shrine clubs and units, the Royal Order of the Jesters, El Hajj, and the Great Lakes Shrine Association, held honorary memberships in Shrine Temples through out the United States, and belonged to many other affiliated groups.  He also served on the Kent County Sheriff’s Department “Traffic Squad”, having been a past captain.

On September 4, 1981, in Ada, he married the former Shirley M. (Wood) Steikar and together they enjoyed over 34 years of marriage until Shirley passed away on December 18, 2015.  They delighted in traveling, especially their trips to Finland and China, as well as several cruises and visits to a number of the Shriner’s Hospitals for Children across North America.

He was preceded in death by his parents;  a brother, William “Bill” Higgins;  and a sister, Elizabeth “Betty” VanHoff.  Surviving are his ex-wife and friend, Nancy (Kerr) Higgins;  his children, Halle Warmington, Jennifer & Rodney Lundy, and David Higgins, all of Grand Haven;  his step-children, Deb Steikar of Wyoming, William Steikar of Tuscon, Arizona, and Michael Steikar of Muskegon; a special granddaughter, Victoria Higgins, and five other dearly loved grandchildren;  a brother and sister-in-law, James “Jim” & Kathy Higgins of Brighton;  two sisters, Dorothy Long and Sheila Rugg;  a sister-in-law, Betty J. Wood of Kentwood;  a brother-in-law, John & Leslie Anne Wood of Greenville; and several nieces and nephews.

Visitation with the family is from 2-3 p.m. on Sunday, January 19, 2020 at Michigan Cremation & Funeral Care, 3627 Linden Avenue S.E. at 36th Street, Grand Rapids (one block west of Eastern Avenue), where Masonic services will be held at 3:00 p.m. on Sunday.  Military honors will be rendered jointly by the Kent County Veterans Honor Guard and the United States Navy, and burial at Fort Custer National Cemetery will take place at a late date.

Dick would have appreciated contributions in his memory to the Shriners Hospitals for Children-Chicago (https://www.shrinershospitalsforchildren.org/chicago).  Envelopes will be available at the funeral home.