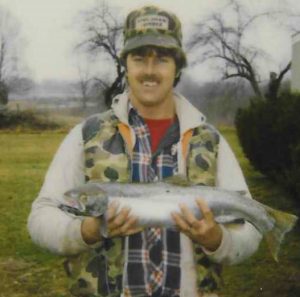 Ralph Junior Dorey was born on April 9, 1960, at Blodgett Hospital in East Grand Rapids.  After the age of three, Florida became his home where he completed his high school and joined the United States Navy from 1978-1980 as a machinist mate.  He moved back to Michigan in June of 1980 where he met and married Cindy Norquist on December 3, 1983.

Ralph is survived by his wife, Cindy; three sons, Bobby and Tony of Sand Lake; Brandon and Becki of Howard City and four grandchildren; a fifth grandchild will be arriving in September; his siblings Ricky and Corinne, Roger and Cindy, Randy and France, Bruce and Linda; his in laws, Jeanette VanderHaag, Deb Benson, Ron and Betty Norquist, Peggy and John Wilson, Gail Norquist, step mother, Joyce Dorey Bergman (Bill), and several nieces and nephews.  His brother, Rocky, and parents, preceded him in death

Ralph passed away at the home of Will Renouf on July 25, 2020.  A special thanks to Will, Steve and Deb Renouf for the care they gave Ralph.

Ralph will be remembered for his love of fishing, hunting, and his grandchildren.

To send a message of sympathy to the family, sign Ralph’s online guest book, or to share a favorite memory, please visit:  www.MichiganCremation.com