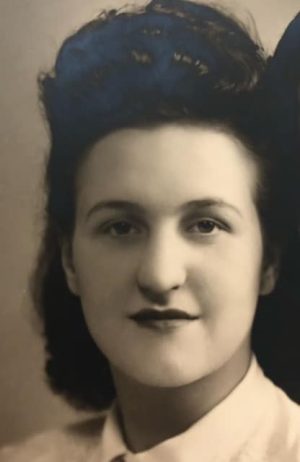 Monika F.  Carder, age 95, of Wyoming, passed away peacefully at Vista Springs Assisted Living on Saturday, April 9, 2022.  She was born in Belgium on March 27, 1927.  As an only child, she grew up in Ghent, Belgium where she met and married Charles R. Carder (who was stationed there during World War II) on April 30, 1947.  Following her husband’s discharge from the Army and return to the United States, she followed him to Saginaw, Michigan. Monika learned to speak fluent English, became a U.S. citizen, raised their two children and worked part time in the cosmetics department of Jacobson’s department store.  She loved classical music and particularly that of Richard Wagner and his operas. She and her husband retired to Florida in 1980 and enjoyed world travel and cruises. Following the death of her husband in 1997, she returned to Michigan, settling near Grand Rapids to be nearer her children.

There will be an interment at Fort Custer National Cemetery in Augusta, MI at a later date where her remains will be placed with her husband.

To send a message of sympathy to the family, sign Monika’s online guest book, or to share a favorite memory, please visit:  www.MichiganCremation.com