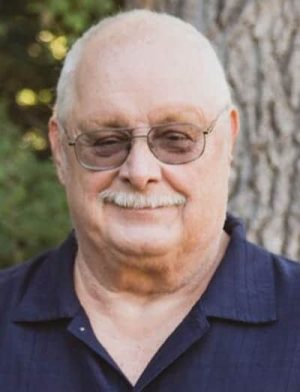 He was born on January 19, 1945 in Lansing, Michigan the son of Theodore Franklyn and Margaret Augusta (Rathfoot) Seavolt. Von graduated from the Sunfield High School in 1963.

Von retired from TRW in Portland in 2000. When he wasn’t working his full-time job he enjoyed building and remodeling and selling homes. He drove school bus for the Lake Odessa Public Schools for 2 years following his retirement.

He enjoyed ice fishing, deer hunting and driving roads “less traveled.” He enjoyed nature and the mountains. Trips to Disney World with his children and grandchildren were some of his fondest memories.

He is preceded in death by his parents, Ted and Margaret; sister and brother-in-law, Dorna and Dale Fairbotham, brother and sister-in-law, Jerald and Connie Seavolt, brother-in-law, Charles Deland, and daughter, Meghan Joy Seavolt.

Memorial contributions may be made to Homes for Heroes, a veteran’s support wounded warriors in need of home adaptations.