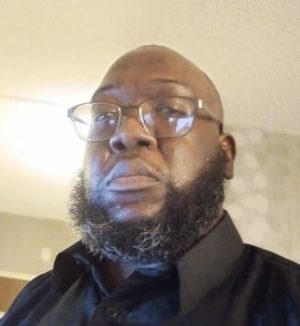 Lawrence Adonis Davis, age 44, of Grandville, MI, rose to glory on Thursday, February 17, 2022.  He was born May 2, 1977, in Chicago, IL, to the late Lawrence A. Means and Christine Davis. He was preceded in death by his paternal grandparents, Marion and Bernice Means; maternal grandfather, Benny McBee;  and aunt, Alice McBee.

Lawrence grew up in the Chicago area, attending Abbot Grammar School and Wendell Phillips High School.  Lawrence met (1995) and married the love of his life, Enjoli Patton, in Chicago, IL on July 15, 2000.  The couple relocated to Michigan, in November of 2000, where they resided for 21 years and welcomed their daughter, Enijah, in July of 2005.

Lawrence worked as a Security Officer for multiple companies throughout his career.  He had a passion for cars, music and was extremely handy with computers and electronics, and he was happy to teach others how to use them.  Lawrence craved knowledge and loved learning about everything new and old.  He could give you facts and information on just about anything.

The family would also like to extend a special thank you to Lawrence’s medical teams at Metro Health and Spectrum and to the staff at Davita Dialysis Center.

To send a message of sympathy to the family, sign Lawrence’s online guest book, or to share a favorite memory, please visit: www.MichiganCremation.com