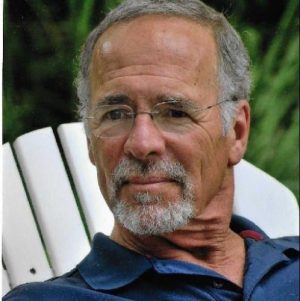 Kevin took the world by storm in 1950 in Columbus, Ohio as the third child of E. Lynn and Marilyn Wickliff. On August 2, 2022, he uttered his final humorous quip and lost his cancer battle. Often quoting, “If it got any better, I’d need a twin,” Kevin seldom recognized a bad day. He gifted his friends and family with his love, humor and an occasional lampoon.

Kevin was preceded in death by his parents and his brother, Mark.

A private inurnment will be held, followed in coming weeks by a Roast and Toast celebration for his many dear friends and golf buddies. In lieu of flowers, please consider a donation to Feeding America West Michigan.

To send a message of sympathy to the family, sign Kevin’s online guest book, or to share a favorite memory, please visit: www.MichiganCremation.com