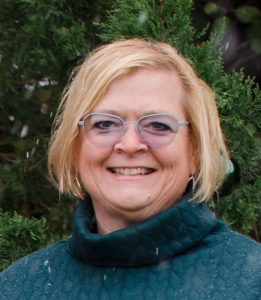 Deborah Bambini, beloved mother and grandmother, passed away on the morning of February 4th, after a brief battle with cancer.

Deb was preceded in death by her husband and the love of her life, John; parents, Robert and Margaret Lindemann; sister, Carol.  She is survived by her children Michael (Emily) Bambini and Meghan (Andrew) Bambini; her grandchildren Joseph and Lexi; brothers Bob and Tom; brother and sister-in-law, Lou and Jeanne Bambini; many nieces and nephews; her cherished canine companions, Jake and Mia.  Deb will be lovingly remembered by her many friends and colleagues.

Deb relished her role as a grandmother and spent as much time as possible with her grandchildren.  As a result, Joseph and Lexi have many wonderful memories of adventures with their “Grandma Bini”.

She had many interests and pursued each of them with passion.  Deb blessed people with her cooking, quilting, crafting and gardening.  In many ways, she was a true renaissance woman.

Born on July 6, 1961, in Plainsville, Ohio, Deb moved many times throughout her childhood.  She graduated from North Muskegon H.S and went on to attend the University of Evansville, where she met John.  Deb spent many years as a practicing RN, with a focus on maternal-child and women’s health.  She later became a women’s health nurse practitioner and maintained those licenses throughout her career.

Deb was a life-long learner who began her professional nursing education by earning a BSN degree, followed by Masters and Doctoral degrees.  Her love of learning led her to become a professor in the Kirkhof College of Nursing at Grand Valley State University, where she actively engaged in student education and clinical simulation research for over 25 years.  Her academic pursuits resulted in multiple publications, including textbooks relating to clinical simulation.  In addition, she was a nationally recognized expert in clinical simulation.

In lieu of flowers, donations may be made to the Deborah R. Bambini Nursing Scholarship at GVSU,  www.gvsu.edu/giving/bambini, where her legacy of teaching and passion for learning will benefit hundreds of students as they prepare for professional nursing practice.

To send a message of sympathy to the family, sign Deborah’s online guest book, or to share a favorite memory, please visit: www.MichiganCremation.com.