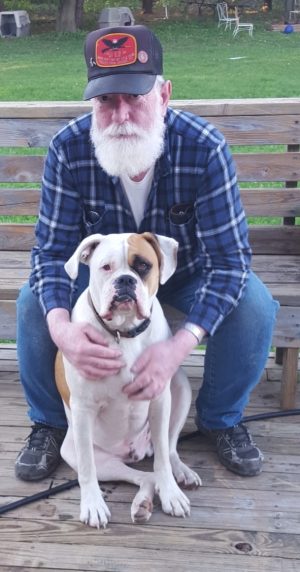 Charles Ray Wright, age 68, of Sand Lake, Michigan, passed away peacefully on Friday, May 6, 2022. He was born November 26, 1953, in Grand Rapids, MI, to the late Charles and Donna (Rogers) Wright. Charlie proudly served his country in the United States Marine Corps during the Vietnam War. He married the love of his life, Brenda Lee McCalmont in Stanton, MI, on July 8, 1982.

Charlie worked over 31 years as a crane operator at General Motors until he retired in 2006. He enjoyed hunting, target shooting and lighting off fireworks. Charlie was well known on the Fourth of July for his amazing pyrotechnics. He was a fan of Johnny Cash and old westerns. He also loved spending time with his family and a night out at the Tri-County Eagles Club.

To send a message of sympathy to the family, sign Charlie’s online guest book, or to share a favorite memory, please visit: www.MichiganCremation.com