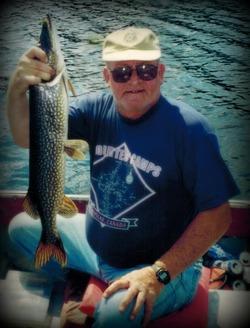 William Cornelius “Bill” Trap, age 72, of Newaygo, passed away Friday, September 16, 2016 at his home.  The son of William & Lillian (Wilcome) Trap, he was born on September 14, 1944 in Grand Rapids and retired from ADAC Automotive.

An avid outdoorsman, Bill enjoyed hunting and fishing, and was a member of the Knights of Columbus, the Fraternal Order of the Eagles in White Cloud, and the Sons of the American Legion Post 381.

He was preceded in death by his parents;  a step-son, Wayne Fifield;  a sister, Phyllis Landefield;  three brothers, Ted, Tom, and Lee;  and two sons-in-law, Doug Brooks and Jay France.

Honoring Bill’s wishes, cremation has taken place and no services are planned at this time.  To send a message of sympathy to the family or to sign Bill’s online guest book, please visit:  www.MichiganCremation.com