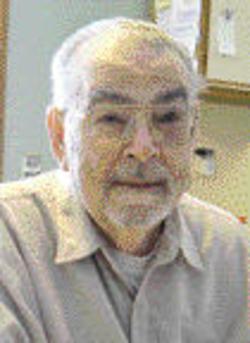 MASTERTON, WILLIAM J. William J. Masterton, age 92, passed away on June 2, 2014. He lived in Saginaw, MI for much of his life. For the last 26 years, his home was near Rockford, MI. Bill was born on December 24, 1921 to William Wilson and Grace (Alderton) Masterton. He had three older sisters, Irene Doyle, Jeanette Cross, and Lela Primo/Nagel who predeceased William. William grew up in Saginaw and graduated from Arthur Hill High School in 1939. During high school, Bill met his future wife, Dorothy Ahrens. With the US declaration of war, Bill volunteered, and was sent for training at Camp Crowder in Joplin, MO. He was assigned to the 68th Signal Battalion. Dorothy followed him down to Joplin where they were married in 1941. Bill’s duties took him to Europe and then to the Philippines. Bill and Dorothy’s first child, William Henry, was born in 1945 and died 14 months later. Theodore William was born in 1948 and Donna Lee in 1950. Both Ted and Donna survive Bill’s passing. Bill’s interest in communications technology led to his joining Western Electric Company, installing three generations of central office telephone equipment over 40 years. Bill and Dorothy were members of Zion Lutheran Church in Saginaw where both Bill and Dorothy taught Sunday school and served as superintendents. Bill also served as president of the congregation. Bill’s beloved Dorothy died unexpectedly in 1985. Bill moved near Rockford, MI to be closer to Theodore and Maryann (Valentine) Masterton, Donna (Masterton) Dunlap and Ken, and his grandchildren Katherine and Daniel Masterton and Amanda Dunlap. Bill was a devoted, loving and a well loved grandfather (Papa) and became a significant participant in the lives of his grandchildren. Bill had a long term passion for aviation; starting with rubber powered airplanes before the war and ending with radio controlled aircraft throughout the 90’s. Bill enjoyed golf, bowling, fishing and most social sports and gatherings. He was a natural friend-maker, and leaves behind, at Whispering Woods, a group of staff and residents who have enjoyed his caring personality and good will. Funeral services will be held at Zion Lutheran Church, 1209 Hancock Street, Saginaw, MI 48602 at 3:00pm on Saturday, June 14. A memorial gathering will be held at Whispering Woods, 3962 Whispering Way Drive SE, Grand Rapids, MI 49546 at 2:00 pm, June 8. Memorial contributions can me made to Zion Lutheran Church, Whispering Woods, and Gentiva Hospice.