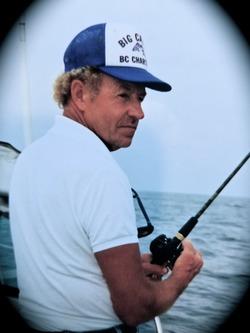 William D. Crozier, 85, passed away peacefully in the presence of family on January 30, 2019. Bill lived in Ohio the majority of his life, but his final years were spent in Michigan in the care of daughter, Cynthia, her husband Tom and granddaughter Caitlin, as well as the family pups, who always brought a smile to his face. He especially loved babies, and always enjoyed visits from grandson Nick, wife, Nicky, and great-grandchildren Adam, Luna and Lucy.

One of eight children, he was born on October 20, 1933, to Dale and Leona (Freimark) Crozier of Elmore, Ohio.  He graduated from Harris-Elmore High School in 1951 and was a member of the former Elmore Christian Church.

Bill’s passion for the outdoor sporting life began in childhood and continued throughout his adult life. Scouting was an important part of his early years and he achieved the rank of Eagle Scout. He was one of the founding and long time active members of the Elmore Conservation Club where he spent many enjoyable hours trap shooting. He hunted small game and waterfowl, and owned a very successful Lake Erie charter sport fishing business based in Oak Harbor, Ohio.  On June 21, 1995, he captained the boat with the largest catch in the Governor’s Cup Walleye Tournament.

In addition to chartering, Bill enjoyed promotional sales, where he worked directly with many clients spanning businesses both large and small.  Bill was kind, quiet, humble, and always respectful of others. He also had a great sense of humor. Preceding him in death were his parents; sisters, Jean Crozier and Betty Riehm; brother Dave Crozier; and grandson, Adam R. Clere.  He is survived by daughter, Cynthia McTavish and son, Brad Crozier; brothers, James P. and Thomas D.; and sisters, Lila C. Wood and Sue Howe; five grandchildren; three great-grandchildren; fourteen nieces and nephews, and countless lifelong friends.

The family would like to extend their gratitude and appreciation to the staff of Sparrow Hospice Services, in particular, Michael and Casey, for their compassionate and loving care.

Honoring Bill’s request, we will celebrate his life and internment in private. In lieu of flowers, the family suggests memorials to the Friends of Ottawa National Wildlife Refuge, 14000 W. SR 2, Oak Harbor, OH 43449; or Harris-Elmore Public Library, P.O. Box 45, Elmore, OH 43416; or the charity of your choice.

To send a message of sympathy to the family, sign William’s online guest book, or to share a favorite memory, please visit: www.MichiganCremation.com