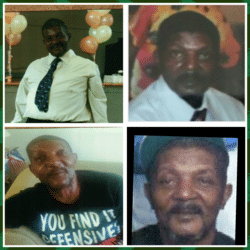 William Charles Brown, age 60, of Wyoming, passed away on Sunday, Jun 14, 2015. The son of Willie & Easter (Ellis) Brown on May 21, 1955. He attended Wendell Phillips high school, then went to work in a candy factory and later worked at a moving company. He accepted Christ and participated in the daily morning Bible class with his mother .

He later met his loving companion Marilyn Theresa Burpo. They relocated to Michigan were he began to live his legacy of being a loving, caring companion, friend and neighbor. He would always lend a hand when needed.