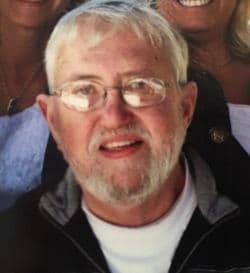 Warren Rasmussen, age 74, of Holland, crossed over on Wednesday, March 2, 2016 at Heartland of Holland.

He was a craftsman and a photographer, he enjoyed travel and even made it to India a few years ago. Warren has even passed down his creativity to his family. In the end, he was surrounded and cared for by the brave women in his life; his loving wife of 54 years, Mary; daughters, Cindy Beckman, Mary (Tom) Bryant, Jennifer (Rich Harper) Rasmussen; grandchildren, Erin Beckman of Chicago. Stacey (Charlie) Banyal, Allison Beckman Jacilyn Beckman, Stephanie Cole, Tanner Bryant, David Bryant, and Emilia Rivera; and great grandchildren, Marla and Henrik. He is free from suffering now. We will miss you Grampa Warren.  Light and love