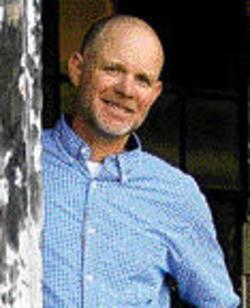 Tom will be remembered by his boys for being an amazing dad, for his quiet demeanor, always being ready with a dry, ill-timed joke, and a graceful athleticism. He had a deep passion for baseball and a love for coaching his players at Northpointe Christian. Tom was a fiercely devoted fan of Michigan Football. He was deeply devoted to his family and was always finding a way to serve others. He was a long-term employee at Mary Free Bed Rehabilitation Hospital.

A memorial celebration will be held Friday, August 16, 2013 at Ada Bible Church Knapp Street Campus, 3869 Knapp Street NE, Grand Rapids, Mi. 49525 at 7:00pm. Service will be officiated by Pastors Doug Bishop and Phil Niekerk. In honor of Tom and in lieu of flowers, contributions may be made to Faith Hospice, 2100 Raybrook, Grand Rapids, MI 49548.