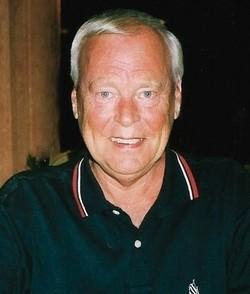 Stephen Douglas Meeter, age 71, was peacefully swept out of the arms of his loving wife, Kimberly, and into the arms of his Savior, Jesus Christ at his home the morning of November 22, 2016. Steve was a lifelong resident of West Michigan, born at Butterworth Hospital to his parents, Douglas Sylvester and Frances Katheryn Meeter.

Fifty-sixty year relationships are very rare and should serve as a testament to this man’s “Heart and Soul”. Steve was a graduate of Central High School and Davenport University with a degree in Distribution and Traffic Management.  After College, he joined the National Guard. His entire working career was in the Freight Transportation Business, where he had been a respected and loved icon, and mentor to many in this industry. He was also a member of Delta Nu Alpha, and a member of and multi-year past President of the West Michigan Transportation Club. Steve held many different titles and responsibilities. He began his career working for Interstate Motor Freight System as a night Rate Clerk, and worked his way up to Director of Rate/Audit Systems.  He also worked for Gainey Transportation as a National Account Representative for 9 years, and Van Eerden doing the same for 13 years before he retired.

Steve had a passion for being on the water. In his younger days, he sailed his Hobie Cat on Gun Lake, and then went on to own many Cabin Cruisers.  Each year he could not wait for summer, so he could be on his boat in Grand Haven sharing his days with his friends and family. He was a great Captain, and to quote Steve, “Boom, Boom, there you have it.”

All services will be held at Heritage Christian Reformed Church, 3089 84th Street SW, Byron Center. A visitation will take place on December 6, 2016 from 6-8 pm. His Celebration of Life will be held at 11:00 am, on Wednesday, December 7, 2016, with Pastor Jim Boer officiating, and visitation one hour prior. A luncheon will follow the service at the church in the ARC.

“My Flesh and my heart may fail, but God is the strength of my heart and my portion forever.” Psalm 73:26