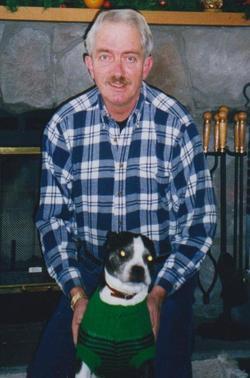 Share
Tweet
Share
Ronald W. Lyon, 76, died Friday April 6, 2018 at Grand Rapids Home for Veterans.
The son of Laurence & Janice Lyon of Otisville, he was born November 14, 1941 in Flint. He graduated from Lakeville High School and then received his Bachelor’s degree in Urban Studies from the University of Michigan-Flint. Ron served in the United States Army where he was stationed in New York and Germany.
After the service, he was employed by General Motors Chevy Metal Fab Plant, where he worked as a tool & die maker for 35 years. He enjoyed fishing, watching football, and skiing. Ron was the captain of the GM Ski Team and became an instructor at Mt. Holly, where he taught the visually impaired to ski.
Ronald is survived by his wife, Charlene; daughter, Heather Lyon Melton; son, Jason Lyon; step-children, John, Roberta, Mark, Holly, Butch, Aimee, Mark, Denise,  and Christine; many grand children; brother, Richard Lyon; and sister, Judy Clark.
Honoring his wishes cremation has taken place. A Memorial Service will be held at 1:00 p.m. on Friday, April 13, 2018 at Grand Rapids Home for Veterans Chapel. Chaplain Bob Dennis will officiate with Military Honors presented by the Kent County Veterans Honor Guard. A dinner for all family and friends will immediately follow the memorial service. Private burial will take place at Great Lakes National Cemetery in Holly. Memorial contributions may be made in the Grand Rapids Home for Veterans.
The family wishes to thank the Grand Rapids Home for Veterans and Faith Hospice for their outstanding care and friendship to Ron.
To send a message of sympathy to the family, sign Ron’s online guest book, or to share a favorite memory, please visit: www.MichiganCremation.com Arrangements are entrusted to Michigan Cremation & Funeral Care, Grand Rapids. An exclusive provider of Veteran’s Funeral Care.