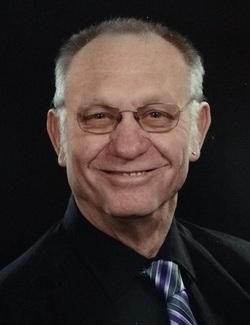 Ronald J. Buist, age 67, passed away on Saturday, January 7, 2017 after a courageous battle with cancer with his wife and daughter by his side. Ron was born on July 11, 1949 in Grand Rapids to Andrew and Gertrude (Vos) Buist.

Ron was born a son of a farmer and continued to farm through his early years, then his career included being a truck driver and he owned a greenhouse for a few years. He married his wife, Nancie (Erickson) on May 4, 2014 in White Cloud. Ron enjoyed watching Nascar and football, hunting, camping, and fishing with his wife and friends. Ron also loved the Lord with his whole heart and had an understanding of God’s forgiveness, restoration and second chances. He never took that for granted. He was a faithful member of the Church of God Ministry Center, White Cloud, where he served as a member of the intercessory prayer team.

Ron is preceded in death by his parents; brothers, Robert, and Dale; and his niece, Deb.

Surviving are his wife and best friend, Nancie; daughter, Melanie (Jon) Buist-Stover of Jenison; brother, Andy (Micki) Buist of Hudsonville; sister, Sharon (John) Bouma of Holland; sister-in-law’s, Gerry Buist, and Carol Buist both of Allendale; along with many nieces, nephews and his church family.