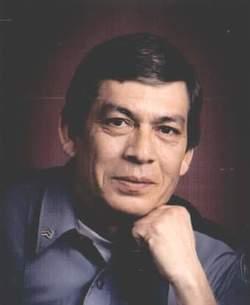 Roberto Carpentier, age 64, of Kentwood, passed away peacefully early Tuesday morning, April 19, 2016 with loved ones by his side after a long and courageous battle with cancer.

Roberto was known for his contagious smile and giving heart, always lending a hand to anyone in need.  He was loved by all who knew him.

After earning a bachelor’s degree from Ferris State University, he went on to have a long and successful career as a corrections officer for the State of Michigan, advancing to the rank of Sergeant. He served proudly for 23 years.

Although Roberto had many hobbies two of his favorites were fishing trips with his grandchildren at the local fishing holes in Ionia County where he lived for 24 years.  He also loved playing the guitar for hours on end; many of the photos taken were with his beloved guitar.

Roberto was an extremely proud man; he would not want tears shed after his departure but rather smiles and laughter shared while keeping his memory alive.

A life ended too soon, but will never be forgotten.