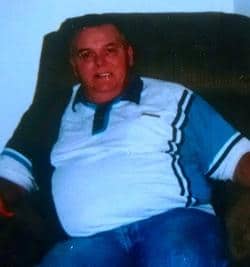 Robert was born and raised within the Grand Rapids area. He graduated with his diploma from Rogers High School and continued on with his education in welding. He joined the United States Navy in 1966, serving four years in the Vietnam era as a Navy Coxswain.

Robert had a special interest in hunting and had a love for going to the races with his son Timothy. He also loved playing bingo at The Grand Rapids Home for Veterans, where he resided for the last year.

Robert will greatly be missed by all.