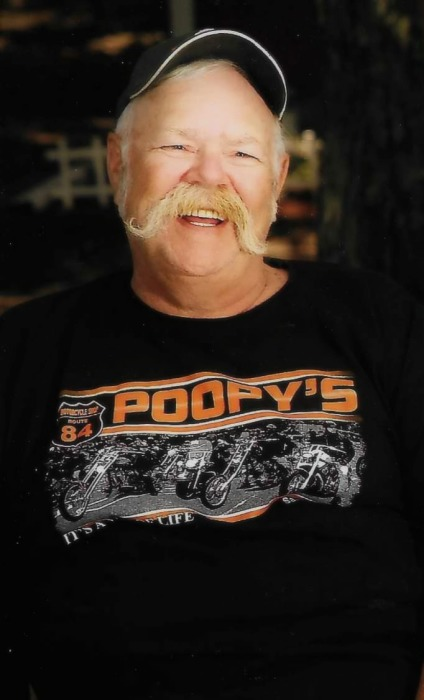 Robert Emory White, age 69, of Spencer Township, was welcomed into Heaven on Monday, April 2, 2018 at his home under the loving care of his family after a battle with cancer.  The son of Claude and Alice (Mitchell) White, he was born on May 11, 1948 in Ionia and was a 1966 graduate of IoniaHigh School.

Bob was proud to serve his country in the United States Army where he was a member of the Army Sharpshooter Team.  He loved bow hunting, fishing, oil painting, playing his guitar, banjo and harmonica, his Lionel train, and traveling the countryside on his Harley.

Family and friends are invited to celebrate Bob’s life from 1-3 p.m. on May 5, 2018 at the Ray I. Booth American Legion Post No. 101, 1320 W. Washington Street, Greenville.  Honoring his wishes, cremation has taken place.

Instead of flowers, Bob would have appreciated contributions in his memory to the Semper Fi Fund, a non-profit organization that provides a variety of programs to assist wounded veterans in all branches of the United States Armed Forces (https://semperfifund.org/donate/).   To send a message of sympathy to the family, sign Bob's online guest book, or to share a favorite memory, please visit:  www.ChristiansenCares.com