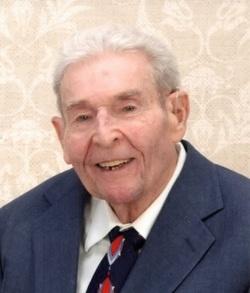 Loved ones who preceded him in death were his parents, Carl and Annabelle (Norton) Woodward; and his wife, Marjory.

Bob was raised in Wayland, where he was the captain of the football team at Wayland High School where he graduated. In his early years, Woody, worked for the City of Wayland driving a plow truck.  He enjoyed driving a truck so much that it led to a career of driving truck over the road and locally for a span of 65 years.  He retired from driving at the age of 80.  He enjoyed playing golf, loved bowling and was on two leagues weekly and was also an avid NASCAR fan. Even as he aged, Bob was very loving, supportive and dedicated to his family.  His favorite times were at family gatherings, especially if it involved food.

Visitation will be Wednesday, February 22nd at 10:30 a.m. with the funeral following at 11:30 am at Woodview Christian Church, 3785 Woodview Ave. SW, Wyoming, MI  49509 with Pastor Jon B. Stradtner officiating.

Memorial contributions may be made to the American Cancer Society or the American Diabetes Foundation. Arrangements are entrusted to Michigan Cremation & Funeral Care, Grand Rapids.