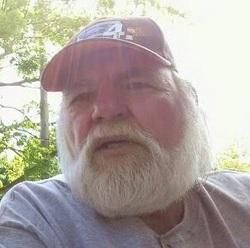 Richard L. Singer, age 59, of Greenville, passed away on Sunday, August 30, 2015 at Spectrum Health Rehab & Nursing Center in Greenville. The son of Ellsworth & Judy Singer, he was born on November 26, 1955. Richard worked as a machine operator for over 10 years, in his spare time he enjoyed fishing and attended Greenville Community Church. He was preceded in death by his parents; and brother, Rodney Singer. Surviving are his children, Richard Jr. (Nicole) Singer, Sue Litnianski, Jimmy Litnianski, Chrissy Bristol, Patty (Scott) Ryan, and Angel (Don) Burton; and fifteen grandchildren. Memorial services are to be announced at a later date.