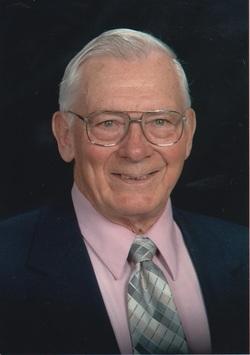 Al  was born to Ardeen  Glazier a carpenter/ barn builder and Elwina Glazier in Cortland , N.Y.

The 3rd of 9 children, he graduated from High School while still  16 yrs. old and joined the Army/ Air Corp shortly before he turned18. He landed on Omaha beach in Normandy, France on Dec. 7th, 1944, the day after D-Day. He was wounded twice and captured by the German army for a short while before WWII was over. Al was awarded 2 Purple Heart Medals .

He married Charlotte Jean Day in 1948. They both attended Grand Rapids Bible College and Alton was ordained as a Baptist Minister. They returned to N.Y. and started a Baptist church in Dryden, N.Y.  They also  started a family, first adopting  9 yr. old Thomas Mc Murray, and then having 3 boys in rather rapid succession , Douglas , Eric , and Bruce.

Alton moved his family to Whitmore Lake ,MI  in 1961 where he built and Pastored Fellowship Baptist Church.  The family moved again in 1967 to Grand Rapids, MI. where Alton worked as a carpenter and Preached for Galilean Missions on the weekends at small churches that were without a Pastor. He also wrote for the Daily Bread Devotional Magazine during this time . The family moved again in 1970 to Freeland ,MI. where he was the Minister for First Baptist Church, eventually building a new church and remaining there for 13 years while his children grew up and left home.

Alton was preceded in death by his wife Charlotte in 1982.

On December 14, 1985 he was married to Sally Potter and helped to raise a son and a daughter with her.

Alton loved animals and had many pets over the years. None more loved than his Jack Russell Terrier ” Oreo”.

Alton is survived by his wife Sally Glazier, Son Douglas ( and Karen) Glazier,

Alton was also preceded in death by his son Thomas McMurray.

Alton has been Cremated according to his wishes. There will be a memorial service on Friday April 12, 2019 at First Baptist Church in Litchfield, MI. at 11:00 AM.

To send a message of sympathy to the family, sign Alton’s online guest book, or to share a favorite memory, please visit: www.MichiganCremation.com