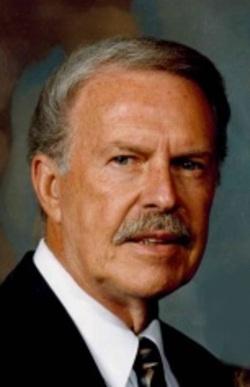 The son of Elmer & Audrey (Creamer) Bauer, he was born on June 5, 1931 in Pontiac, Michigan. In May of 1949 he graduated from Hillman High School. From 1952 to 1954 Ray served his country in the Army during the Korean War. He often spoke fondly of his military service.

On May 15, 1954, Ray met Norma Jean Broome whom he married on September 4, 1954. They lived for years in Waterford, Michigan where they raised their 4 children. Ray faithfully supported his family as a draftsman in the greater Detroit area. In 1966 he gave his life to Jesus Christ.

In 1996 Ray retired and he and Norma moved to Cedar Springs, Michigan where they built a home. Within the next few years, they moved to other locations near their children. In his spare time Ray loved to hunt, do woodworking, yard work, and spend time with his family. He would always lend a helping hand when called upon by family.

Ray was preceded in passing by his parents; and sister, Lila Bartow. He will be greatly missed by his wife, Norma of 62 years; sister, Joyce (Bauer) Lucas; children, Pamela Joyce (Jerry) Unger, David Jeffrey (Connie) Bauer, Timothy Scott (Shelley) Bauer, and Gregory Ray (Samyann) Bauer. Ray and Norma have been blessed with 12 grandchildren and 18 great grandchildren.

Memorial contributions may be made to the Grand Rapids Home for Veterans Chapel, 3000 Monroe Ave. N.E. in Ray’s memory.

To send a message of sympathy to the family, sign Ray’s online guest book, or to share a favorite memory, please visit: www.MichiganCremation.com