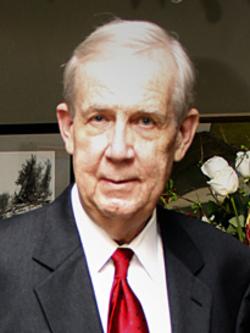 Lion immigrated to the U.S. in 1953 where he attended Grand Rapids Christian schools and was a graduate of Calvin College. He served as an Intelligence Advisor in Vietnam from 1967 to 1969 and in the Michigan National Guard. Pieter was a proud U.S. Army Veteran serving in the Vietnam War. During his time in the Army he earned a National Defense Service Medal, Vietnam Campaign Medal, Vietnam Service Medal, and an Army Commendation Medal. Pieter was decorated by the U.S. Army and the Army of the Republic of South Vietnam.

From 1974 to 1991 Lion was employed by Holiday Inn Corporation as a General Manager and District Director. He managed hotels in Indiana, Michigan, Arkansas, Florida and Texas. He served as District Director for franchised Holiday Inn hotels in Michigan, Ohio, Indiana and Pennsylvania. From 1991 until 2000 he was a Partner and served as Vice President of Operations for Holly’s Inc. from 2001 until his death. Pieter and his wife Patricia owned and operated the Rosemont Inn Resort in Douglas, Michigan.

He was preceded in death by his parents, Derk & Geppy (Noorman) Lion; two sisters; and a brother, all of whom died in infancy. He is survived by his wife, Patricia; son, Derk (Kriszta Nagy); daughter, Katharine (Nicolas Rojas); grandson, Oliver; and brother, Jerry.

His family welcomes you to attend a celebration of life gathering from 3:00 – 5:00 p.m. on Sunday, June 10th at the Rosemont Inn Resort, 83 Lakeshore Drive, Douglas, 49406. A private committal service with full military honors will be held at Fort Custer National Cemetery, Augusta at a later date.

To send a message of sympathy to the family, sign Pieter’s online guest book, or to share a favorite memory, please visit: www.MichiganCremation.com