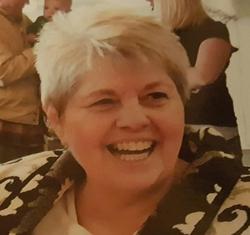 Share
Tweet
Share
Peggy Jane Blalock, 71 of Bangor, passed away Sunday, October 2, 2016 after a long courageous battle with cancer. The daughter of Robert “Knight” & Bonnie Jean Blalock, she was born August 26, 1945 in Ducktown, TN. She resided for many years in Grand Island, Nebraska along with various other places through out the Mid-West before landing in the Bangor area in 2005. She had a very strong faith in Jesus Christ and was a prayer warrior for many people including family, friends and even strangers. She had a great love for her family, church and all of her neighbors.

A memorial service will be held at 11:00 a.m. on Friday, October 7, 2016 at Church of the Branches, 59600 Michigan Ave. Lacota. In lieu of flowers memorial contributions can be made to the American Cancer Society at cancer.org.