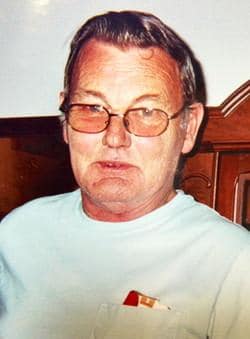 Paul David died peacefully in the comfort of his own home on June 20th, 2014, from heart failure. He was born on September 9th, 1938 to Beatrice and Carl David who have preceded him. Also preceding him in death are his first wife, Joan, siblings; Bob, Herb, and Joyce. He is survived by his wife Joyce, and her four children (whom he treated as his own); Jon (Jill) Faught, Kelly and Rick Collett, Brandy and Ray Cousins, Brooke and Johnny McClain. 13 grandchildren: Jessica, Jennifer, Jackson, Suzan, Chris, James, Shelby, Steven, Macy, Nichole, Jewaun, Anthony, and Jazmine; 8 Great grandchildren; his sister Kay (Dave) Williams; sister in laws, Clara David, Joyce David, Pat Bloem, Lois and Jon Weir, and many more loving nieces and nephews. A Memorial Service will be held later this year. In memory of Paul, eat a pound of cookies and a dozen donuts. Sweet Dreams!