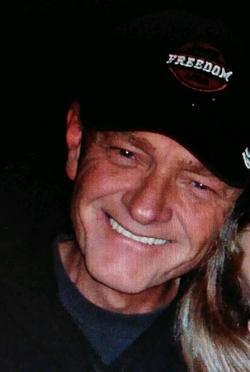 Michael John Hays, age 63, of Ludington, passed away peacefully on Thursday, January 25th, 2018, at Spectrum Hospital in Grand Rapids, Michigan. He was surrounded by the love of his family as he returned home to the Lord.

Soon after graduating high school, Michael enlisted in the Army on October 11, 1974 and served his country for 2 years as an Air-frame Repairman during the Vietnam War era. Michael was a wonderful husband, father, and friend, whose companionship and respect was a gift never to be taken lightly. His open heart and a dry wit won the hearts of everyone who had the privilege of making his acquaintance.  These qualities served him well as he pursued a career in sales, earning top honors along the way.

Michael was a 16 year cancer survivor who lived a full life, taking joy in his family and his friends. He loved traveling, music, motorcycles, football, history and so much more, but his greatest passion was his family. His children were his pride and joy.

For those who wish to celebrate Michael’s life, a memorial service with full military honors, will be held on Monday, March 12 at 10:00 am at St. Ann Catholic Church, 7231 Mission Road, Prairie Village, KS. followed by reception also at the Church. The committal will be held at 2:30 at Fort Leavenworth National Cemetery: 395 Biddle Blvd, Leavenworth, KS.

In lieu of flowers, the family has suggested donations be made in Michael’s memory to the Lung Cancer Research Foundation with checks mailed to: 155 East 55th St, Suite 6H, New York, New York 10022.

Honoring his wishes cremation will take place. To send a message of sympathy to the family, sign Michael’s online guest book, or to share a favorite memory, please visit: www.MichiganCremation.com