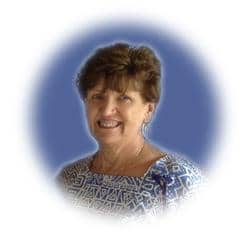 Marjorie Lynn Baker, age 70, of Middleville, passed away peacefully at her home on Saturday, October 3, 2015 surrounded by family. The daughter of Clarence and Evelyn (Kalin) Pobanz, she was born on June 19, 1945 in Bay City. Marge lived in Elkton prior to her graduation from Laker High School in 1963. Upon graduation, she married Kenneth Baker on October 22, 1964. For many years she worked at Bad Axe manufacturing. Following that, she and her dear friend, Donna Gaskill opened a Form You 3 Weight Loss Center in Cass City.

Marge was an angel that walked on Earth. Her contagious smile formed friendships everywhere she went, her helpful hands made the lives of others around her blissful, her spoken words were only kind and encouraging, and her heart was filled with love and compassion for all. Some of Marge’s favorite precious moments were spent at family reunions, holiday gatherings, and weddings. Time with her grandchildren was especially cherished as she always made the effort to attend their school and athletic activities.