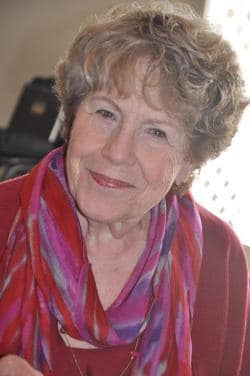 Marilyn Sylvan Thompson, age 81, passed away on Thursday, September 3, 2015 at Sparrow Hospital in Lansing after a brave battle with recurring lymphoma.

Marilyn was born in Chicago, IL on January 15, 1934 as an only child to Joe & Kitty Sylvan. She lived in suburban Detroit, until 1973, when she moved to East Lansing. She graduated with bachelors, masters and educational specialist degrees from Michigan State University.

Until a month before her passing Marilyn passionately enjoyed her profession as a private practice psychologist. She was a perpetual student with a zest for life, laughter and friendships. But nothing was as important to her as her family.

Memorial services at 11am on Saturday, October 31, 2015 at the University Club of MSU on Forest Road in East Lansing.

She will be missed by many and remembered for her positivity, effervescence, and keen sense of humor.