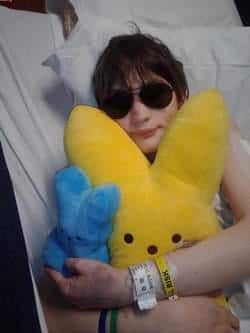 Marcus Alexander Gordon, age 28, left this earth on Thursday, August 10, 2017 with his sense of humor to bring laughter to the Angels, and the Lord. The son of Jammilynn (Boggs) Clouse &  Mark Clouse, Marcus was born on July 29, 1989 in Grand Rapids.

“So I command the enjoyment of life, because there is nothing better for a person under the sun than to eat, drink, and be glad” – Ecclesiastes 8:15 sums up what Marcus held in his heart.

Marcus’ love of life was infectious. Quite the prankster since early childhood, he had an amazing sense of humor and wit about himself. His life was lived with laughter, joy, and song. Marcus attended school in the Lakewood Public School district. He sang in the school chorus, and prior to that, he enjoyed playing his violin. Music had always been one of his passions. Marcus was also passionate about debate, and more recently, environmental issues. He went to Lansing, with Citizens’ Climate Lobby to lobby for legislation to reduce greenhouse gas emissions and mitigate climate change.

Marcus was preceded in death by his Great-grandparents, as well as s few admired great-uncles, and a great-aunt.