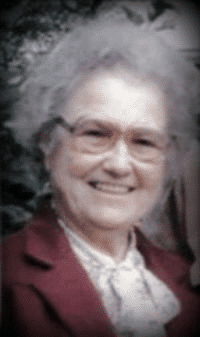 Lucile K. Hagadorn, age 101, of Jackson, passed away Monday afternoon, Dec. 17, 2007 at Vista Grande Villa Care Center in Jackson. The daughter of Fred A. & Lucy (Poor) Kies, she was born on April 14, 1906 in Jonesville. After graduating from Jackson High School, she earned her teaching certificate from Ypsilanti Teachers College and then taught at Bennett School in Jackson until marrying W. Gordon Hagadorn in 1930. He preceded her in death after 55 years of marriage; as well as a son, G. Kies Hagadorn; three sisters; and one brother.

An inspiration to all those who knew her, Luciles infectious smile and optimistic outlook always brought sunshine into the lives of all her friends. Her special joys were her children, grandchildren, great grandchildren, playing bridge, and spending time with her friends. Luciles quick wit and compassion endeared her to everyone she met. Her generous spirit will be missed by all those whose lives she touched. She was an active and enthusiastic volunteer in the communities of Jackson, Cadillac, Manistee, and Alma where she lived with her family over the years. She was a wonderful cook, gardener, and church leader.

Honoring her wishes, cremation has taken place and memorial services will be announced in the spring. Contributions in memory of Lucile may be directed to the charity of the donors choice.