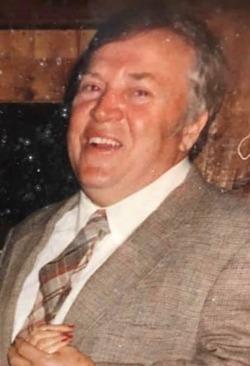 Tweet
Share
Pin
Share
0 Shares
Lincoln was welcomed to the arms of Jesus on December 22, 2018. Lincoln was born to Lincoln Douglas Greene II and Alice (Bos) Greene on October 11, 1937. He had two sisters, Barbara and Judy, that he remained close with his entire life. Most of his family and friends knew him as Doug, and he had an active life full of adventure and many things that brought him great pleasure.
He married his high school sweetheart, Jane (Shattuck) Waldeck, in 1955 and they had three children; Sharon, Lincoln Douglas IV, and Sally. They owned and operated United Floor Service in the Kalamazoo area, building a business providing commercial janitorial services as well as residential carpet cleaning and installing services. Even though the marriage ended in divorce after 17 years, they always remained friends. Doug purchased Cherry Hill Farm in 1971, a well known fruit farm in the Gobles, MI area. He had always dreamed of owning his own farm and enjoyed growing a variety of fruits, most notably cherries and apples. Many customers from surrounding areas would travel to the farm for delicious farm fresh fruits during harvest time. He supplied many businesses with delicious special blended cider that kept him busy delivering all over the area every fall. In 1985 he met Janice Howard and she quickly became his partner in making the farm a successful U-Pick business and busy roadside stand. They married in 1986 and she brought her daughter Darlene and her grandson Brandon in to Doug’s life and for 32 years many happy memories were made.
Doug did everything he loved doing with a passion and was always up for a round of golf. He even made a hole in one 3 times throughout his life! He loved sports, and besides golf, some of his favorites were paddle ball, hand ball, table tennis, and softball. He loved to watch football and was a Detroit Lions fan his entire life. He loved his pets and, while he had many throughout his life, the one that he loved the most was his beloved Winston and the feeling was mutual. They went everywhere together for 18 years, Winston even had occasional rides on a golf cart and a motorcycle. After his health began to decline, he wanted to slow down and enjoy life and he took many impromptu vacations with Janice in their motor home. They saw many parts of the USA and made many lasting memories along the way. He also would enjoy a nice evening cruising a local lake on his pontoon boat. In keeping with his competitive nature, he also loved games of chess, checkers, and Scrabble. He especially loved Scrabble with various family members, and even the last few years when he was less mobile, he and Janice would enjoy a game of Scrabble in the evenings. He played the game a few times as recently as November with Janice and daughter Sharon and continued to put together great words, good scores, and come out the champ!
If you met Doug and spent any amount of time with him you would know the most important love of his life, other than his family, was Jesus. Doug attended World Harvest Bible College and studied Christian Counseling. He could talk for hours about what paradise would be like and wanted to know that everyone he loved would someday enjoy it with him. He spent many hours reading the bible, praying, and sharing the word with anyone who would listen. He was a member of the Gideons for over 30 years and served in various leadership roles. He lived his faith with a passion and gave to those in need. In the end, we believe he was told, “Well done, Doug, my faithful servant. Welcome to paradise and rejoice with the angels.”
Doug is survived by his wife of 32 years, Janice, and his children: Sharon (Doug) Ewald, Sally (Jeff) Wing, and Janice’s daughter Darlene Powell, his sisters: Judy (Dick) Mann and Barbara Akright. Also 5 grandchildren and 6 great grandchildren. He was proceeded in death by his parents, his son Lincoln Douglas Greene IV, and his brother-in-law Bill Akright.
In accordance with Doug’s wishes, cremation has taken place and a memorial will be announced in the spring to celebrate the life of Doug with family and friends. Anyone wishing to leave a memorial donation, please donate to the Gideons, a Christian organization dedicated to distributing bibles to schools, hospitals, and hotels.
To send a message of sympathy to the family, sign Doug’s online guestbook or to share a favorite memory, please visit: www.MichiganCremation.com
Arrangements are entrusted to Michigan Cremation & Funeral Care, Grand Rapids.