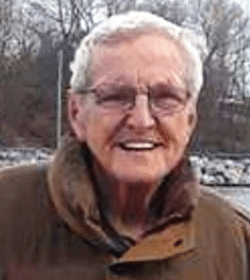 Lennard Davidson, 82, of Battle Creek, Michigan, passed away on Sunday, January 6, 2019 at Battle Creek VA Medical Center. He was born on May 21, 1936 in Hyden, Kentucky to Estle Davidson and Myrtle (Feltner) Davidson. When he was 10 years old the family moved to Battle Creek, MI

Lennard attended Battle Creek Central H.S. He proudly served for 5 years in the U.S. Army during the 1950’s. He was employed by Rock Tenn for 30 years retiring in 2001. Lennard enjoyed spending time with his family and Shooting Pool with the boys at the Kool Center in Battle Creek, MI.

Interment will take place at the Fort Custer National Cemetery at a later date.

Memorials can be made to: The Alzheimer’s Association at act.alz.org/donate‎