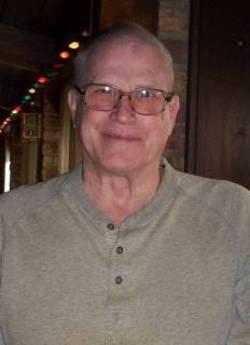 Lauren Earl Taylor, age 87, of Cooper Township, peacefully passed away on Thursday, February 7, 2019 at home, surrounded by his beautiful wife and their children.  Lauren was the son of Lyle and Alpha Taylor of Kalamazoo. He was born February 19, 1931.

Lauren attended Kalamazoo Central High School and he proudly served in our United States Army as a Combat Engineer through November 1955.  In 1960 he married his forever sweetheart Nancy, enjoying a life together for nearly 60 years.  Lauren worked for 32 years at Mead Corporation, retiring in 1994.

Lauren embraced life completely! Some of his favorite things were bowling, watching Nascar and cheering on his Detroit Tigers (especially with his son), fishing whenever he got the chance, singing along to the old gospel songs, dancing with his girls, and playing golf. It goes uncontested though that his greatest joy was by far his family.

This amazing man was bigger than life and loved by so many, but none held him higher than his family. He was their superman, their hero, their provider, and their protector. In the Taylor house all were welcomed, treated with respect, and met with an outpouring of love.  Through the years many referred to him as “Dad Taylor”; he made it so easy for them to love him.  Lauren also had many personal friends over the years and each one them traveled with him in his heart as he left this earthly plane.  He was gentle, strong, devoted, and patient. He loved with all he was!

Lauren is survived by his wife Nancy along with 4 children, Edwin Taylor (Kalamazoo), Loretta and Gary Mosher (Highland), Deborah and William Fredericks (Parchment), Robin and Joseph Brown (Kalamazoo).  He also leaves behind his very loved grandkids, Christine and Zak Thomas, Brandon Taylor, Ashley Jameson, Amber Carter, Daniel and Nicole Mosher, Kelly and Kris Sanchez, Holly Phillips, Sara Phillips, Andrew and Pamela Brown, Christopher Brown, Jessica and Marshall Ogan and Bobby Fredericks.  Lauren was also blessed with several great grandkids who will truly miss him. It was his hope that they would know and remember him!  Lauren is also survived by his sisters, Mary Taylor and Alice Morey, his brother-in-law Forrest Morey and many nieces and nephews.

Lauren was preceded in death by his parents Lyle and Alpha Taylor, his sister Phyllis Sanders and his brother Melvin (Butch) Taylor.  Also from cherished relationships built through his marriage, his mother and father-in-law Maylan and Dorothy Thompson and brother-in-laws Raymond Thompson and Howard Thompson.

A Memorial Service for Lauren will be held at 11:00 am on Saturday, February 16, 2019 at The River Church, 517 Wallbridge Street in Kalamazoo.  A luncheon will be provided at the church immediately following the service to celebrate the legacy of this incredible man.

Charitable donations in Lauren’s honor can be made to Hospice Care of Southwest Michigan online at https://www.hospiceswmi.org/memorialsdonation/ or by mail to 222 N. Kalamazoo St. Mall Ste 100, Kalamazoo, MI 49007.