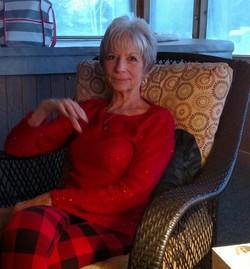 Karen Gail Harris was born in Detroit on December 28, 1946, to Dr. Kenneth G. Harris, DVM & Jean P. (Kauderer) Harris. Growing up in Fenton, she helped with her father’s animal patients as well as her little brothers, and there her life’s passion was established: Caring for others.

Karen will be lovingly remembered by her husband of 50 years, Ronald L. Rowe; as well as son, Jason (Kim) Rowe; daughter, Andrea (Jason) Tighe; and grandchildren, Nicole, Carson, Carleigh and Caela. Karen also will be fondly remembered by her brothers, Steven (Michelle), Brian (Maureen) and Marty (Holly) Harris, as well as her many nieces and nephews.

She and Ron married in Fenton in 1967, and shortly thereafter, moved to Big Rapids so they could finish school at Karen’s insistence. They both attended Ferris State, during which Karen worked part-time for Professional Dental Associates, and after getting her associates degree, Karen began working full-time. After the birth of Jason in 1971 and Andrea in 1973, she decided to run a daycare from her home so she could raise her children during their formative years, and once they left the nest, she returned to her beloved patients at PDA. In 2015, she was forced to end her career after almost 30 years of doing what she loved most as she began her fight with lung cancer.

She was a loving wife and sister, a caring mother, cool grandmother, beauty queen, accomplished seamstress for the skating club, devoted friend, awesome cook and terrible singer who made up for it with contagious enthusiasm. She drew her greatest joy from taking care of others, whether it was warming their bellies with homemade clam “chowdah”, or their hearts with a thoughtful card. She threw memorable Christmas parties and family reunions, and never took herself too seriously, especially when she was dancing on the table and singing.

Karen’s passion for gardening, canning and cooking made her a legend among friends and family, and she loved passing on her knowledge, especially to the younger generation. And when she relaxed, she would spend time with Ron at their northern retreat on the Pine River, or vacationing on beaches around the Great Lakes and southeast U.S.

In lieu of flowers, a donation to Hospice of Michigan or Lupus Foundation of America in Karen’s name would honor her greatly.

A celebration of life will be held sometime in the future. For now, for those of you who knew and loved her, please just think of a happy memory of her and smile. Maybe “Stand by your man” will help.

Honoring her wishes cremation will take place. To send a message of sympathy to the family, sign Karen’s online guestbook, or to share a favorite memory, please visit: www.MichiganCremation.com