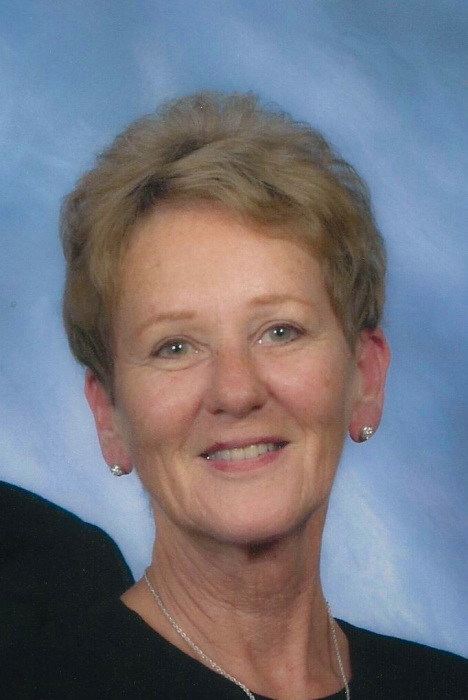 Karan Louise Kiersey, age 75, of Canadian Lakes, formerly of Grand Rapids and Traverse City, passed away early Monday morning, January 29, 2018 at her home with her loving family by her side after a brief illness.

Karan was born December 24, 1942 in Detroit, Michigan to Adrian and Mary Anderson. Karan traveled and lived in multiple cities while her father proudly served in the United States Army. Karan grew up in Northport where she met her love, Gerald Kiersey.  Karan and Gerald were married October 23, 1963 in Grandville.  They moved to Hastings, where they started their family, a son Douglas and a son Joseph.

Karan and her family moved to Traverse City in 1972 where she dedicated her life as wife and mother. Karan loved time with her family, baking, reading a good novel, traveling, watching her favorite football team the Pittsburgh Steelers, and an occasional NASCAR race. Karan worked at W.W. Grainger and retired in 2003. Her yearly highlight was every December when she, her sisters, and nieces had “Girls Weekend” where the weekend was dedicated to baking, storytelling, and spending time together.

She was preceded in death by her parents;  a sister, Laura Currel;  and brother, Douglas.  Surviving are her loving and dedicated husband of 54 years, Gerald; two sons, Douglas of Canadian Lakes, and Joseph and his partner Andre Williams of Chicago, Illinois;  two sisters, Gwen (Jerry) Hampel of Grand Rapids, Cathy (Ron) Stowitts of Leslie;  two brothers,  Mike (Barb) Anderson of Traverse City, and Don Anderson of Traverse City;  along with several nieces and nephews who she loved and cared for as one of her own.

In lieu of flowers, memorial contributions can be made to the Mecosta County Senior Center, Alzheimer’s Association, or a charity of your choice.

To send a message of sympathy to the family, sign Karan's online guest book, or to share a favorite memory, please visit:  www.ChristiansenCares.com  Arrangements were entrusted to Christiansen Cremation & Funeral Care, Greenville.