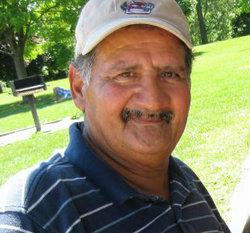 John Coronado Jr. passed away on Wednesday, September 30th, 2015 surrounded by the love of his family and friends. He was preceded in death by his beloved mother, Isabel; father, John; wife, Linda; his cherished daughter, Rebecca; and a sister, Toni.

He leaves to mourn his passing and to rejoice in his life, his daughters, Kimberly and Jennifer Coronado; and his precious grandchildren, Robyn, Tyler John, Kaydence, FaithAnn and Juanita. Surviving are his siblings, Mary Jane Coronado, Joe (Cindy) Coronado, Barb (Jim) Scholten, Diania (James) Coronado, Frank (Mary) Coronado, Carol (Andrew) Coronado Fabbro, Lucy (Ryan) Coronado, Nick Coronado and a very special brother Joey Coronado; along with a host of nieces and nephews and his caring friend, Brenda Meyers. John was a lover of the outdoors especially of fishing and hunting. Nothing in his life gave him more joy than spending time with his grandchildren.

Memorial services will be held at 11:00 a.m. on Saturday, October 3, 2015 at Michigan Cremation & Funeral Care, 3627 Linden Avenue S.E., Grand Rapids, (one block West of Eastern Avenue). In lieu of flowers, donations may be made in John’s memory to the American Diabetes Association.