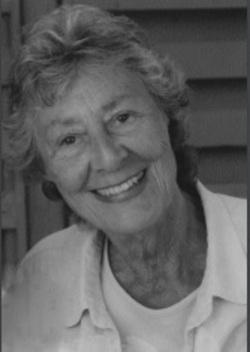 On March 1, 2018 Joan (Pettis) Scheifele passed away leaving the world a lonelier place for her family and friends, but we were fortunate to have had her in our lives. How does one sum up over eight decades of life in just a few paragraphs for someone who was full of life and goodness? Born in Detroit to Sidney & Eleanor (DeLonge) Pettis, Joan attended Detroit public schools and later Michigan State University, where she met her husband of 50 years, Robert “Bob” Scheifele.

Joan made a career out of raising her five children, and as a preschool teacher she influenced the lives of many who are now raising their families. Joan stayed busy with her family commitments and she always made sure to take time out for her daily walks to Lake Michigan or a bike ride with Bob. Joan and Bob also kept busy traveling throughout the world, and enjoyed spending time at their homes in Chicago and St. Augustine.

She encouraged spending time as a volunteer and lead by example while being involved in 100 Woman Who Care, Muskegon Symphony, Meals on Wheels, Tri Cities Regional Arts Council and Humanity for Prisoners. Joan had a love for entertaining and made sure everyone felt welcome. Games were a big part of the fun and many of her friends are still trying to figure out Cahoots, she’s even out foxed Google, with an unsearchable game. In her youth Joan was involved in modeling. Through out the years she displayed her grace and beauty, but it was her inner beauty that shone through out. It only took a moment for Joan’s warmth, generosity and wit to make a lasting impression along with her signature fragrance of perfume and kiss on your cheek.

Joan loved raising her family in Grand Haven, but made sure they were exposed to other cultures by hosting exchange students, and encouraging her children to travel internationally. Meme enjoyed exploring with her grandson Harrison, whether it was a trip to the Lincoln Park Zoo, time spent at the beach in St. Augustine, or Saturday mornings having monster pancakes. Her grandchildren Trey and Avery were able to make a recent visit to celebrate Meme’s 87th birthday. Being 87 didn’t stop Meme from getting down on the floor and playing a rousing game of tiddlywinks.

Her love and knowledge of sports was spot on. She was up on the scoop on all the Spartan players. Watch a basketball game with her and she’ll give you the color commentary faster than the broadcasters! Joan was a long-time member of C3, and her religious views are best summed up by her Godson, “Joan never mentioned religion or God to me in 46 years that I can remember, but I do remember very clearly how she always treated other people with dignity, grace and respect, and always had something nice to say about everyone.” Joan’s greatest accomplishment was raising a loving family who will continue her legacy of caring and compassion.

Joan enjoyed exploring the parks of Ottawa County and had requested a Springtime Memorial Service at Hemlock Crossing. The family looks forward to sharing Joan’s life with you on May 24th at 5:30 p.m. The Life Celebration will take place at the Nature Education Center located at Hemlock Crossing, 8115 West Olive Road, West Olive, MI 49460.

Donations can be made in Joan’s honor to Ottawa County Parks Foundation, PO Box 510, Allendale, MI 49401.

Honoring her wishes cremation will take place. To send a message of sympathy to the family, sign Joan’s online guest book, or to share a favorite memory, please visit: www.MichiganCremation.com