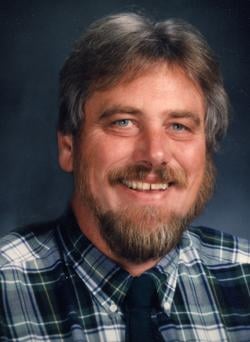 Jerry R. Stewart, age 67, of Grand Rapids, formerly of Gaylord, passed away peacefully at home, surrounded by his family on Wednesday, Jan. 27, 2016.  The son of Harry & Freda (MacMillan) Stewart, he was born on March 4, 1948 in Charlevoix.  Jerry graduated from Charlevoix High School and Central Michigan University with a Master’s Degree in Education.

On June 17, 1972 he married his wife, Suzanne (Bradford) Stewart. They built a home in Gaylord,  where they raised their three children, Joshua Stewart, Jacob Stewart, and Molly Stewart. Jerry was a teacher at Wolverine Schools for 33 years until he retired in 2005. He spent his summers selling real-estate at Century 21 of Gaylord.

You could often find Jerry on the golf course with his usual foursome. Jerry loved spending his free time on the golf course, at the bowling alley, and taking trips with his family. He enjoyed playing and watching sports, especially the Detroit Lions. His love for the game of golf inspired his youngest son to pursue a career in the golf industry. His love for real estate inspired his oldest son to become a real estate photographer and the kindness he showed to everyone around him, inspired his daughter to follow a career in social work.

Jerry was preceded in death by his parents; and sister, Jill Stewart. When Jerry said goodbye, he was surrounded by his family and his heart was filled with love.

Memorial services are at 11:00 a.m. on Saturday, Feb. 6, 2016 at the First United Methodist Church of Charlevoix, 104 State St., Charlevoix, with a luncheon following.

In lieu of flowers, the family requests memorial contributions be made to United Methodist Church of Charlevoix or Spectrum Health Hospice.  To share a favorite memory, send a message of sympathy to Jerry’s family, or to sign his online guest book, please visit: www.MichiganCremation.com