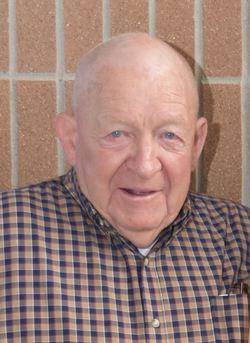 Jerry Meeuwsen age 83 of Zeeland, MI went to his eternal home on February 24, 2019 with his loving family beside him. Jerry was born on February 14, 1936 to the late John and Josie Meeuwsen. Jerry proudly served his country in the United States Army and on June 20, 1957  he married the love of his life Barbara DeRoo.

Jerry was a self-employed carpet installer for over 35 years in the Holland, Zeeland, and Grand Haven areas. He was a member of Ottawa Reformed Church,  an avid fisherman, enjoyed deer hunting and could often be found working in his garden.

The family would like to send a special thank you to the wonderful people of Spectrum Health Hospice for their kindness and support during Jerry’s final days.

A memorial service will be held at 3 p.m. on March 14, 2019 at Ottawa Reformed Church, 11390 Stanton Street, West Olive, 49460 with the Reverend Michael Van Buren officiating. Visitation will be one hour prior to the service at the church.

In lieu of flowers a memorial contribution may be made to Spectrum Health Hospice or Shriners Childrens Hospital, in Jerry’s honor.

To send a message of sympathy to the family, sign Jerry’s online guest book, or to share a favorite memory, please visit: www.MichiganCremation.com