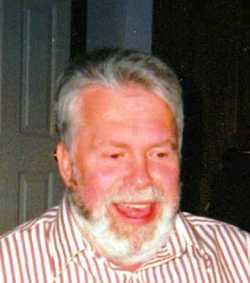 James William Lovelace, age 76, of Grandville, passed away Saturday, February 2, 2019 at Metro Health Hospital. Jim was born in Lansing, Michigan, on April 5, 1942, to Leo and Mary Lovelace. Jim is survived by his brother, Ronald (Carol) Lovelace, and sister, Carol Lovelace Carpenter, along with many beloved nephews, and niece, along with their families. He was proceeded in death by his parents, Leo (1997), Mary (2009), brother Lawrence (1976), and sister Mary (2003). Jim and his brothers owned a metal finishing business which was sold in 1982, at which time Jim became involved in home design work until his retirement.

Honoring his wishes cremation has taken place. To send a message of sympathy to the family, sign Jim’s online guestbook or to share a favorite memory, please visit: www.MichiganCremation.com