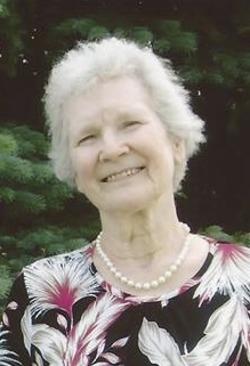 Early in the morning of 7/14/19, Harriet Jean (Heuker) DeVries, aged 78, passed away peacefully at Rose Arbor Hospice in Kalamazoo after a long battle with cancer.

She was born to Henry and Francis (Fredricks) Heuker on January 30, 1941 in Highland, Michigan. Born on the family farm, she was the 8th of 10 children. Her early years were spent helping her mom around the house, being teased by her older (and younger) brothers, going to the two-room schoolhouse down the road, and worshipping in the little country church around the corner. She learned the love of family, knowledge, music, and, most importantly, love for Jesus. It was fitting that she died on a Sunday, as that was her favorite day of the week.

After graduating from Northern Michigan Christian High School in 1959, she moved to Grand Rapids, where she studied nursing at Pine Rest, and became a Licensed Psychiatric Attendant Nurse (LPAN). This was a perfect choice for her, as she was always compassionate and reaching out to those in need of care, medical or otherwise. While at Pine Rest, her sister-in-law conspired with a neighbor and set her up on a blind date with a young man named Fred DeVries. She would marry Fred on March 29, and they moved to Kalamazoo, where they had three daughters. After working at Borgess Hospital for a year, she would spend the remainder of her nursing career at Upjohn Nursing Home. Caring for elderly people was a tough job, but also one of her greatest joys.

When she finally gave up nursing, she remained a caregiver in many capacities. She cared for children in her home, and later would serve as a foster grandparent for elementary students that were struggling to learn to read. She was also an “unofficial” grandmother to the babies in the nursery at church, and any other child she encountered that needed time, help, or affection.

Even though she struggled with rheumatoid arthritis, and later cancer, she never complained. She sewed clothes for her daughters, her grandchildren and made Fred’s favorite “Hawaiian” shirts. She baked pies for bake sales, and no one ever went away from her house hungry.

She was many things to many people, but she will be remembered most for her kindness, selflessness, encouragement, and her love for Jesus.

In lieu of flowers, memorial contributions may be made to Rose Arbor Hospice in Kalamazoo.

To send a message of sympathy to the family, sign Harriet’s online guest book, or to share a favorite memory, please visit: www.MichiganCremation.com