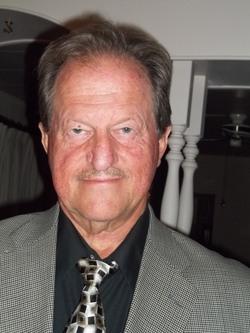 He married the love of his life Beatrice Fay Genyk on July 25, 1998. Together they lived in Sedona, Arizona for 10 years, and moved back home to be close to the family and grandchildren.

George was a teacher and coach in multiple high schools across the state of Michigan for over 37 years. He attended the University of Michigan on an academic scholarship from 1956 to 1959. While in college, he played football and was named Freshman of the Year. His picture is in the Hall of Fame and he is featured in the book, What it Means to be a Wolverine: Michigan’s Greatest Players Talk About Michigan Football.

He loved to write and authored two books, D’Jon, A Love Transcended (written together with Bea) and Moments of Truth. He also was a Qi Gong Master, practicing for nearly 15 years. George’s goal and mission in life was to help others. He touched each and every life that he came in contact with. He was always positive, full of love, and loved to tell stories, especially those about his family. He changed many lives. We are truly blessed to have known him and loved him, and he will be greatly missed.

All are welcome to share in a memorial service honoring George on Friday, May 12, 2017 at 10:00 am. The service will be held at the Douglas Congregational United Church of Christ, 56 Wall Street in Douglas, Michigan (49406).

Flowers may be sent to the Douglas Congregational United Church of Christ for the day of the service. In lieu of flowers, donations to defray funeral and end of life expenses will be gratefully received at: https://www.gofundme.com/george-genyk-expenses-for-widow