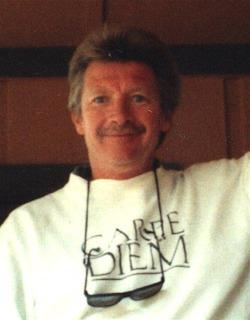 Frederick Russell Ingham, age 69, passed away on Wednesday, September 6, 2017 at the VA Medical Center-Battle Creek. Fred was born on November 1, 1947 in Detroit.

Fred was a proud Marine who served with distinction during the Vietnam War. As a member of the India Company, 3rd Battalion, First Marine Regiment, he saw significant combat action. He was decorated four times with the Purple Heart medal; the Vietnam Campaign Medal, as well as the Vietnam Service medal with four campaign stars. Semper Fidelis.

After the war, Fred’s interest in architecture led him to a career as a custom home builder in Colorado. He lived there many years and enjoyed an array of outdoor interests including fly fishing, skiing and golf. He remained an avid golfer until his passing.

Fred is preceded in death by his parents, Russell and Adeline (Prescott) Ingham; and brother, Norman Ingham. He is survived by three daughters; as well as eleven grandchildren.

Committal services, with full military honors, will be held at Fort Custer National Cemetery, Augusta, on Tuesday, October 10, 2017 at 1:00 pm.

In lieu of flowers, donations can be made to Disabled American Vets, www.dav.org; or to Team Red, White, and Blue, www.teamrwb.org.

To send a message of sympathy to the family, sign Frederick’s online guest book, or to share a favorite memory, please visit: www.MichiganCremation.com