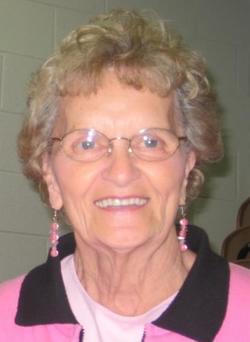 Cook, Eleanor Sparta Eleanor Jean Cook (VanderJagt) was released from the bondage of her earthly body, took Jesus’ hand, and stepped into the freedom of her glorified body on Nov. 6, 2014. Born September 18, 1937 to Henry and Verona (Young) VanderJagt, the second of six children, she was raised on the family farm in Belmont. She graduated from Rockford High School in 1955, at which time she joined her family, who had moved to Arizona during her senior year. On April 12, 1956, she married her high school sweetheart and lifelong love, David Cook, in Tucson, where they started their life and family together. Returning to Sparta in 1964, they made their home, raised their family, and enjoyed their retirement. Eleanor was preceded in death by her parents; her brother, Robert VanderJagt; and her sister- and brothers-in-law, Phyllis Zylstra, Robert Losinger, Michael Turner, Clifford Barr, and Paul Cook. She is survived by her loving husband of 58 years, David Cook; children, David Cook, Jeannie & Larry Keizer, and Dawn & Doug Twiest; grandchildren, Gerrit & Mandy Keizer, Mitchel & Gina Keizer, Ashley & Aaron Osborn, Brandi Keizer & Jack Dora, Austen & Cassie Twiest, and Caleb Cook; great-grandchildren, Savannah, Scarlette, and Maybella Osborn, Ryan Keizer, Brody, Declan, and Sullivan Dora, and two Keizer babies on the way. She is also survived by her siblings, Thelma & Rev. Martin Jensen, Kay Turner, Margie Barr, Casey & Linda VanderJagt; her sisters- and brother-in-law, Faith Losinger, Marva VanderJagt, Judy Cook, and Rev. Thomas Zylstra; and many nieces and nephews. After many health struggles, Eleanor was diagnosed with Alzheimer’s. When informed of this, she looked at the doctor, pointed toward heaven and said, “You don’t hold my future, He does!” With that confidence, she lived her entire life for His glory, and now rests in His arms. A service in celebration of her life will be held at 2:30 pm on Saturday, Dec. 6 at Algoma Baptist Church.