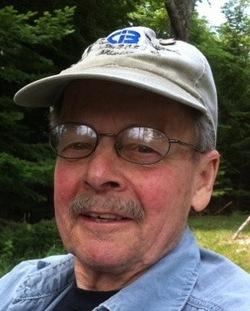 The son of late Milan & Florence (Wyman) Palmer, he was born on May 17, 1934 in Hartford CT, were he was the eldest of three sons.

Dr. Palmer graduated with honors from Wesleyan University in 1956. In 1955 he quarterbacked the Cardinals to lopsided wins over archrivals Amherst and Williams. From 1956 to 1960, he worked at the United Aircraft Research Laboratories in East Hartford, CT, where he was in charge of helicopter performance simulation programs for Sikorsky Aircraft. At the same time he earned an M.S. in mathematics from Trinity College.

In 1960 he returned to graduate school in the doctoral program in mathematics at the University of Michigan and graduated in 1965 with a Ph. D. After a post-doctoral year at University College London, he joined the faculty in the Department of Mathematics at Michigan State University in 1967.

Over the next 35 years he wrote two books and over 70 research papers on his specialty, Combinatorics and Graph Theory. He loved teaching and enjoyed mathematics most when it was a group enterprise. Much of his work was done in collaboration with others. He had Erdös number 1. He was a member of the American Mathematical Society, the Mathematical Association of America, an editor and reviewer for several mathematics journals, lectured at many conferences and colloquia, had 7 doctoral students of his own and advised many others. He spent sabbatical leaves at Oxford (1973-1974) and Cambridge and Essex Universities (1980). He served as Associate Chair of the math department in 1997-1999.

Ed made many trips to Alaska for mathematics conferences, lectures and consulting. He and his wife, Jane, backpacked in Denali, kayaked in Prince William Sound and served as volunteers in peregrine falcon studies for Alaska Fish and Game, the University of Alaska Fairbanks and the U.S Air Force. After retirement, his favorite activity was canoeing with Jane and grandsons in the UP in the wetlands of the Hiawatha National Forest this side of Paradise.

When his daughters were children, Ed provided piano accompaniment for their Suzuki violin recitals. In his later years, he was an enthusiastic member of the PT Strummers Ukulele ensemble and accompanied his daughters and grandsons in family jam sessions. Ed recently wrote the following to his daughter, Amy, “Life is quite a struggle sometimes. Music and laughter ease the way and make it joyful. Singing is terrific medicine. Lyrics are important and fun.”

In lieu of flowers, the family welcomes donations to: