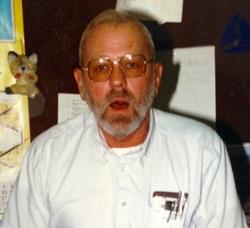 A proud U.S. Army veteran, Duane served during the Korean War. Prior to his retirement, he worked over 30 years at SteelCase as a millwright and supervisor. Duane had many and varied interests and enjoyments during his lifetime most which involved being outside hunting, fishing, camping, being on the farm, and most importantly the time he shard with his late wife, Bonnie traveling to Alaska, out west and to the Upper Peninsula. Duane was also a member at the VFW in Comstock park, and loved going to his favorite restaurant, Shots Bar & Grill in Standale.

In lieu of flowers, contributions to Faith Hospice, The Salvation Army, or Paws for Cause.